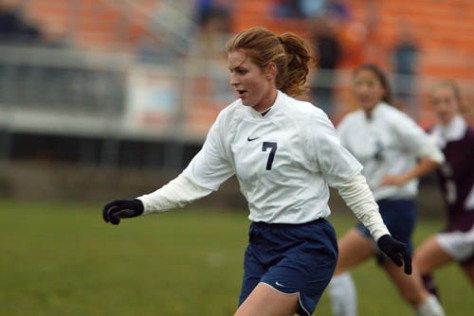 I am a spectator when it comes to sports.

I have never been on a sports team in my life. One of my first “dates” with my husband was watching him play on a softball team.

I sat in the stands – he played.

We have four children, all of whom played sports in high school and college – some more than others.

I have watched a LOT of ball games in my life and with grandchildren rapidly growing up, I can safely assume there will be many more games in the future. I enjoy watching games if I know the people playing. I am not an individual who will watch ANY sport or ANY team. I need some connection to make it interesting for me.

I remember when our children were in high school and I used to talk to people at ball games. Once someone said – “Gayle, you just come to these games to socialize.” I replied,”This IS my social life.”

There are advantages to being a spectator:

Yet, there are other benefits of sports that spectators never receive:

I don’t want to be a spectator when it comes to being a part of the Body of Christ.

In fact, God does not want any  spectators when it comes to being a Christian. It is very plain in the Bible that God has called us into His family to participate with Him in building the Body of Christ.

12 Just as a body, though one, has many parts, but all its many parts form one body, so it is with Christ. 13 For we were all baptized by one Spirit so as to form one body—whether Jews or Gentiles, slave or free—and we were all given the one Spirit to drink. 14 Even so the body is not made up of one part but of many.

18 But in fact God has placed the parts in the body, every one of them, just as he wanted them to be. 19 If they were all one part, where would the body be? 20 As it is, there are many parts, but one body.

I want to participate fully in all that God has called me to do. God does not hold try outs – no one is cut from the team and we all get “playing time.” No one warms the bench in the Body of Christ.

The one prerequisite is to be willing.

God promises that He will equip us to play the position He calls us to. The only problem comes when we try to play someone else’s position. (Just like on a sports team – if you are the receiver – don’t play center!)

Now you are the body of Christ, and each one of you is a part of it. 28 And God has placed in the church first of all apostles, second prophets, third teachers, then miracles, then gifts of healing, of helping, of guidance, and of different kinds of tongues.

There are other lists of responsibilities in the body of Christ – but SPECTATOR is never listed.

As the BIG GAME is played this weekend, and the VAST majority of us are spectators, remember – this is NOT our role as Christians. As we watch the players in the game, let it remind us that we have a part to play in something much more significant.

I will NEVER say that to my children – “Because I said so”.

I remember thinking that after my mother had used that response with me, probably because I kept asking “why?”

I ended up using that phrase many times with my own children, simply because it was the only response that fit the moment. Sometimes explanations simply don’t work. This happens when;

“Because I said so” is the time-honored response of parents because we have authority as parents to decide what is best for our child at any given time. This does not mean we should never give a reason for what we ask our child to do. Many times an explanation helps develop positive communication between a parent and a child.

We must remember though, we are the parents and our children will not always understand what we ask them to do. Learning to obey even when we don’t understand is an important life lesson. Our teachers, coaches, employers, and officials will ask us to do things throughout our lives that we neither understand or like. We still need to do them unless it violates God’s will. Life will be so much more pleasant for our children if they learn this sooner than later.

Isn’t it true for us as adults as well? We are willing to follow rules when we know they are for our good – but if we don’t understand, well that is a different story. Yet we often don’t understand what God is allowing to happen in our lives while we are going through it. It is only as we look back that we see His love and grace at work. Sometimes we won’t know God’s purpose until we meet Him face to face.

Jesus had to teach this principle to His disciples. In Luke 5:4-6

4 When he had finished speaking, he said to Simon, “Put out into deep water, and let down the nets for a catch.”

5 Simon answered, “Master, we’ve worked hard all night and haven’t caught anything. But because you say so, I will let down the nets.” (emphasis mine)

6 When they had done so, they caught such a large number of fish that their nets began to break. 7 So they signaled their partners in the other boat to come and help them, and they came and filled both boats so full that they began to sink.

Jesus told Peter to go out and throw his nets into deep water (not the usual place to make a good catch)in the day (after they had fished all night and caught nothing). Peter answers Jesus, “but because you say so”…

Peter, James, and John would never have experienced the blessing of catching all those fish if they had not obeyed Jesus. Will we obey when the Lord tells us to “love our enemies”, “do good to those who spitefully use us”, “forgive as we have been forgiven”?

Are we willing to obey God even when we don’t understand why?

I pray we learn to obey our heavenly Father ” because He said so” and teach that lesson to our children as well.

I love color! The world would be a dull and dreary place if all was gray scale. As an art teacher I share with my students the definition of color –
Color is the element of art that is produced when light, striking an object, is reflected back to the eye.

Think about it. Have you ever gotten to work or church and found that your socks are two different colors? Come on….

I looked down at my shoes half way through 1st period one day and found that I had one blue shoe and one blue patterned shoe on  – both the same style! It was dark in the bedroom as I got dressed and I did not see the difference because of the lack of light.

One of the BEST parts of being an art teacher is that people expect me to be a bit weird. I have no problem living up to that image. No one said a word to me – they probably thought I meant to dress that way.

Colors do look different in different light. I have picked out wall paint and begun to paint it on the wall only to realize with horror that it doesn’t look the way it did in the store. Sorry, Phil…

Light has everything to do with color. In a pitch black room no color is distinguishable. It takes light to reveal the ” true colors” that exist. The color is already there, just not perceived.

Can you just imagine the glory of creation when God said “let there be light” and in that instant, what had been dark burst forth in glorious color as the light shone forth? What a magnificent moment!

As women we often live our lives as if they were grayscale. We go from one day to the next, fulfilling our responsibilities, but something is missing. It feels dull and routine. We do the things that need to be done, or we do what we can because there is always more to be done. It is not dark, just colorless.

Where is the color?

4 The Word gave life to everything that was created,
and his life brought light to everyone.
5 The light shines in the darkness,
and the darkness can never extinguish it.

The light of the world is Jesus. If we lack beauty and meaning in our lives, we need the Light.

12 Jesus spoke to the people once more and said, “I am the light of the world. If you follow me, you won’t have to walk in darkness, because you will have the light that leads to life.”

Here Jesus tells us that we don’t need to walk in darkness – in a colorless, drab world – if we follow Jesus we will walk in the Light.

What a marvelous promise!

If I am experiencing a dull or gray period in my life right now I need to spend time with Jesus and follow Him. Practical ways to do this are prayer, Bible reading, and fellowship with other believers. This is nothing new. It is not a “magic formula”. Just as we turn on the lights to see what is in a room, God’s word will illuminate the dark corners of my life and bring light and color!

God will bring beauty into our lives.

Our Father's Daughters
Create a free website or blog at WordPress.com.