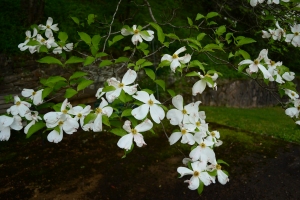 There it was written on the ceiling plain as day. “Hannah”

We had just gotten bunk beds so that our three daughters who shared a room would have more floor space on which to play. Hannah was the oldest of the three girls and at five, had just learned to write her name. Hannah was also the tallest so she was relegated to the top bunk.

Now it is NOT a good parenting strategy to ask your child a question you know the answer to just to “catch them in a lie’. Yet at the moment I saw the large “Hannah” displayed on our previously pristine ceiling the first words out of my mouth were “Who did this?” (think firm tone of voice – no smile)
* I knew the word had not appeared on it’s own
* I knew neither my husband nor I had written it
* I knew it was not the older brother. (at that time it was like pulling teeth to get him to write ANYTHING!)
* That left three little girls only one of which could write.

Naturally, Hannah said “Salem did it.”

“Why would Salem write “Hannah”? I asked the guilty party.

The girls did play school often, but the evidence overwhelmingly pointed toward the owner of the name – Hannah.

As an art teacher I have my students Focus on an Artist each Friday. We look at great works of art and discuss the artist, the artist’s motivation, style, materials used to produce the art, etc. Students first want to know WHO created the art work we study and often ask “Why is that art considered great?” Sometimes it is the process itself that is significant, but most often it is the interpretation of the art within the context of the current culture. What did the artist intend to say?

Hannah intended to write her name. When I asked her why she did it, she replied that she just wanted to.

Often artists who are honest will admit they paint a certain subject matter just because they want to.

As an artist myself, I look at the world around me and ask “Who did this?”

It is beyond my comprehension to think that the detailed function and beauty of a flower “just happened”. All matter is made up of basic elements. (see, Mr. Phelps – I did hear even if I was talking) As these elements are arranged in various combinations and in various amounts they make up all that exists in our world. I believe the order of the natural world reflects the order of the Creator and gives purpose to all that exists.

The sculptor doesn’t visualize a form in a piece of marble and them sit and wait for it to erode away in exactly the places that will result in eyes, a nose, a mouth, etc. The sculptor chisels away and works until the desired result is achieved.

A potter doesn’t leave a lump of clay out and watch to see what it will become. The potter molds and creates the form that was envisioned for that lump of clay. It requires pressure in the right places.

20 For ever since the world was created, people have seen the earth and sky. Through everything God made, they can clearly see his invisible qualities—his eternal power and divine nature. So they have no excuse for not knowing God.

When our children and grandchildren ask – “Who did this? – tell them God did. The evidence is everywhere.

PS – a better parenting strategy – instead of asking “Who did this?” ask the child you know did it – “Why did you write your name on the ceiling?” That gives them a chance to give a flimsy excuse which you immediately see through. You follow up with consequences that fit the misbehavior. Example – child writes on the wall – they must erase it/wash it/ etc.
Effective consequences fit the misbehavior.