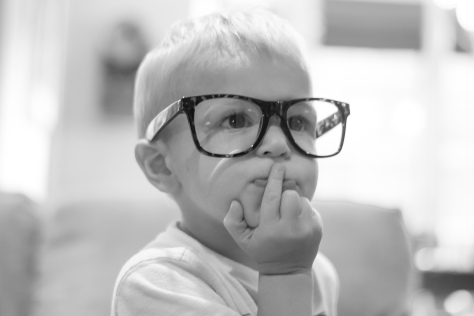 Who do I know?

There was a LONG line outside the White House. It was so long that it snaked around the block farther than I could see. My father walked up to the gate and showed the official our passes.

“Go right in, Mr. Barker. Your guide is waiting for you.”

We went through the gate and met our guide for our special tour of the White House in Washington, DC. It was 1962, I was 11 years old and I still remember the impression it made on me to pass right in front of that long line, right on into the White House.

It‘s all who you know.

Our congressman, Elmer J. Hoffman, lived right across the street from us in Wheaton, Illinois where I grew up. He told my parents that if we ever visited Washington, DC to let him know. He could get us “Congressional passes” into the historic buildings with tours that allowed us to see more than the standard tour. These tours were all free, but there were long lines if you did not have a pass. My father figured we should take advantage of this generous offer – you never knew what might happen after an election!

It’s all who you know.

We sometimes try to apply this to our spiritual lives. We want to tell God that we deserve His favor because –

We think it’s all about who we know.

But not the way our culture means it.
There is ONLY one we need to know – the One and Only. The King of Kings, the Lord of Lords.
Jesus.
Acts 4: 10-12
10 then know this, you and all the people of Israel: It is by the name of Jesus Christ of Nazareth, whom you crucified but whom God raised from the dead, that this man stands before you healed. 11 Jesus is ”the stone you builders rejected, which has become the cornerstone.” 12 Salvation is found in no one else, for there is no other name under heaven given to mankind by which we must be saved.”

Jesus is the One we need to know.

Are we concerned about knowing the “right” people? Do we want our children and grandchildren to know the “right people”?
Paul was an accomplished man who had every reason to pride himself in who he knew. He was a descendant of the tribe of Benjamin and had many impressive credentials.

Yet Paul makes it very plain – it was all MEANINGLESS compared to knowing Jesus.
7 But whatever were gains to me I now consider loss for the sake of Christ. 8 What is more, I consider everything a loss because of the surpassing worth of knowing Christ Jesus my Lord, for whose sake I have lost all things. I consider them garbage, that I may gain Christ 9 and be found in him, not having a righteousness of my own that comes from the law, but that which is through faith in Christ—the righteousness that comes from God on the basis of faith. 10 I want to know Christ—yes, to know the power of his resurrection and participation in his sufferings, becoming like him in his death, 11 and so, somehow, attaining to the resurrection from the dead.

It is all who you know.

It’s all about Jesus.

4 thoughts on “It’s All Who You Know”